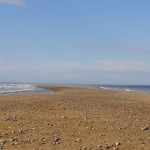 Haida Gwaii (Queen Charlotte Islands) is an archipelago of 138 islands located on the remote Northwest Coast of British Columbia, Canada.

The islands are famous for spectacular coastal rainforests and the unique culture of the Haida Nation.

Gwaii Haanas in the far south of the archipelago has some of the world’s best ancient rainforests.

Naikoon Provincial Park located on northeastern Graham Island is known for its forests and miles of unbroken beach.

From moss covered ancient forests to desolate rocky spits, from soaring bald eagles to breaching killer whales, Haida Gwaii is one of the world’s most spectacular and least explored film locations.

For a great introduction to Haida Gwaii read the Golden Spruce.

Haida Gwaii is a short 2 hour direct flight from Vancouver, where all local gear and crew need to come from. Larger equipment would need to be hauled from Vancouver via land and sea. There is no direct land route so allow at least a couple of days for transportation from Vancouver.

Once in Haida Gwaii there is only one major paved road connecting the towns of Masset and Queen Charlotte. Travel to old Haida village sites and Gwaii Haanas is only possible by air and boat. Special permission is required to film in these areas. Distances between islands can be very long and travel is often weather dependant, so it is important to rely on local knowledge.

As with most islands Haida Gwaii is subject to temperamental weather conditions. Heavy rainfall and relatively mild temperatures are common throughout the year. June to September are the best months for warmer weather and long daylight hours.

There are few accommodation options able to house more than 12 people so book early for larger crews. Despite its considerable area, Haida Gwaii is home to less than 5000 people so some services are limited. There are several good restaurants to choose from and sample local delicacies such as smoked salmon, halibut and k’aaw.

Contact us if you are looking for a local Haida fixer or producer for your project. We are also able to arrange British Columbia based shooting crew such as directors, DP’s, videographers, cameramen and photographers.