Cologne is a 2,000-year-old city located on the Rhine River, in western Germany. It is the largest city in North Rhine-Westphalia, Germany’s most populous state. North Rhine-Westphalia is home to many media companies and headquarters of important global brands including DHL, Lufthansa, Bayer, and ThyssenKrupp.

The two most interesting film locations in the city are both religious buildings. Cologne Cathedral is an impressive Gothic structure, comparable to Paris’s Notre-Dame. Cologne Central Mosque (completed in 2017) is a beautiful structure made of glass and concrete. Both offer visitors a peaceful, contemplative space, away from the hustle-bustle of the city.

Other film locations of note include the Rheinauhafen waterfront, Groß St. Martin, St. Maria im Kapitol, Hohenzollern Bridge, Love Lock Bridge, FC Köln stadium, St Gereon’s Basilica, and the historic Old Town. Much of the rest of the city was rebuilt quickly with simple, modest post-war buildings, so it does not have the same old-world charm that can be found in other European towns and cities. Cologne’s downtown area is a pedestrian mall, similar in look to other generic city mall areas that can be found in other major European cities.

The city’s Christmas Market is known around the world as one of the best in Germany. It runs from late November until Christmas.

Are you a brand, media company, film studio, advertising agency, or production house looking for production support or a local shooting crew in Cologne? The city has a deep pool of fixers, content producers, directors, directors of photography, videographers, cameramen, and stills photographers. Contact us for recommendations specific to the needs of your project. 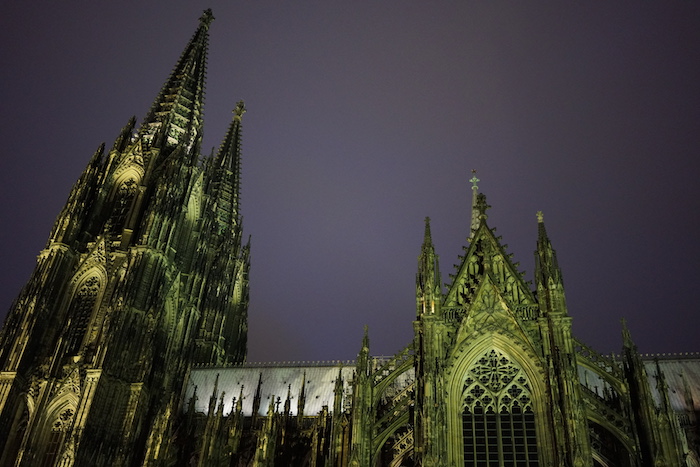